Following the AI Tagging test, Nero Score is once again focusing its benchmarking tool on real-world AVC decoding and encoding tests. This is a test unit for measuring the performance of system codecs running AVC software and hardware decoding & encoding separately.

Most benchmarking of codecs on the market is often done using a tool that comes with the codec, which does not truly reflect the performance, for example, your movie playback using the system’s Movies & TV application, and it is hard to relate these benchmark results under specific conditions with real-world performance.

Nero Score’s ‘AVC Decoding and Encoding Test’ is a unit that measures codec performance using only the system’s own codecs, which is a more realistic reflection of your system’s performance without running third-party applications.

Nero Score AVC decoding and encoding test decodes and encodes a dedicated Ultra HD 4K video clip with the system’s own codecs to measure the processing power of your system’s CPU and GPU for AVC. 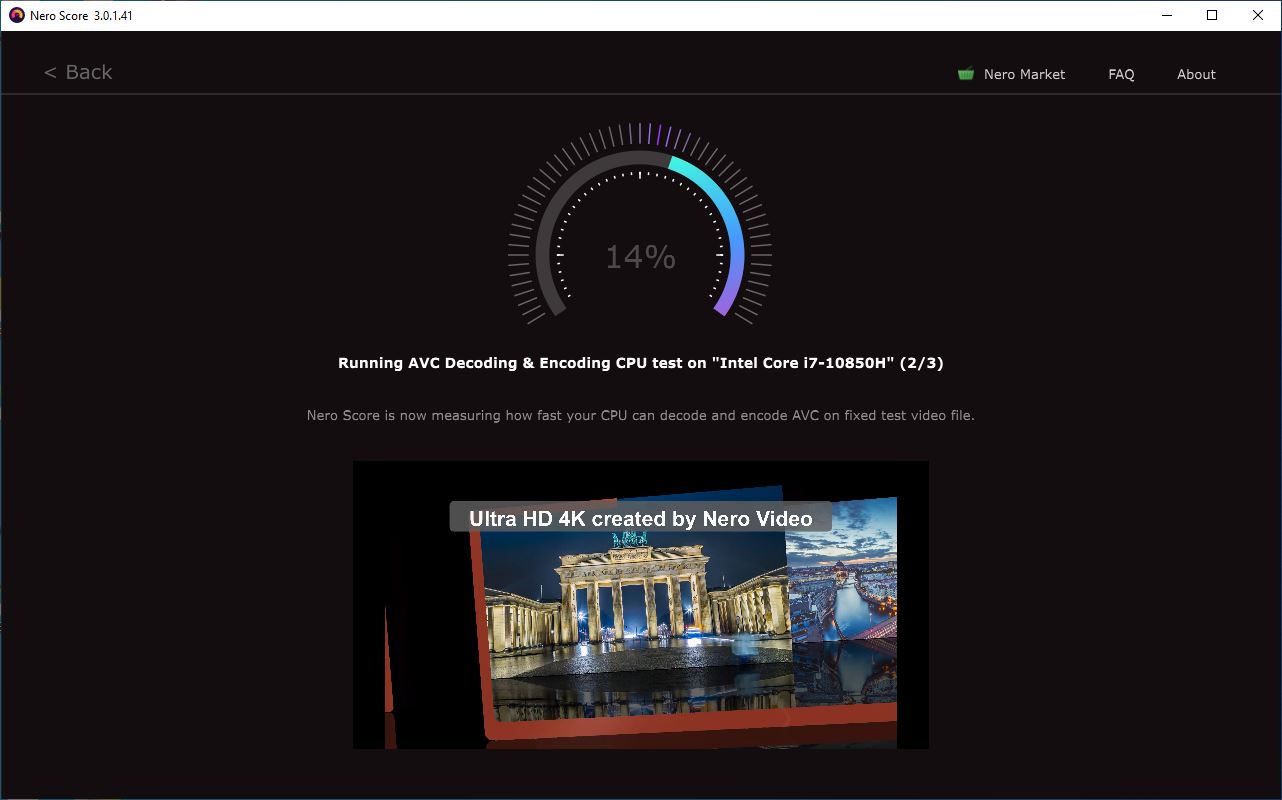 CPU/GPU AVC benchmarks and measures how many video frames per second can be processed with your system’s codec on the given CPU/GPU. The outcome of this test will let you compare how different CPUs/GPUs score in this domain. And you also can compare the CPU behaviors in AVC solution and AI inference solution. 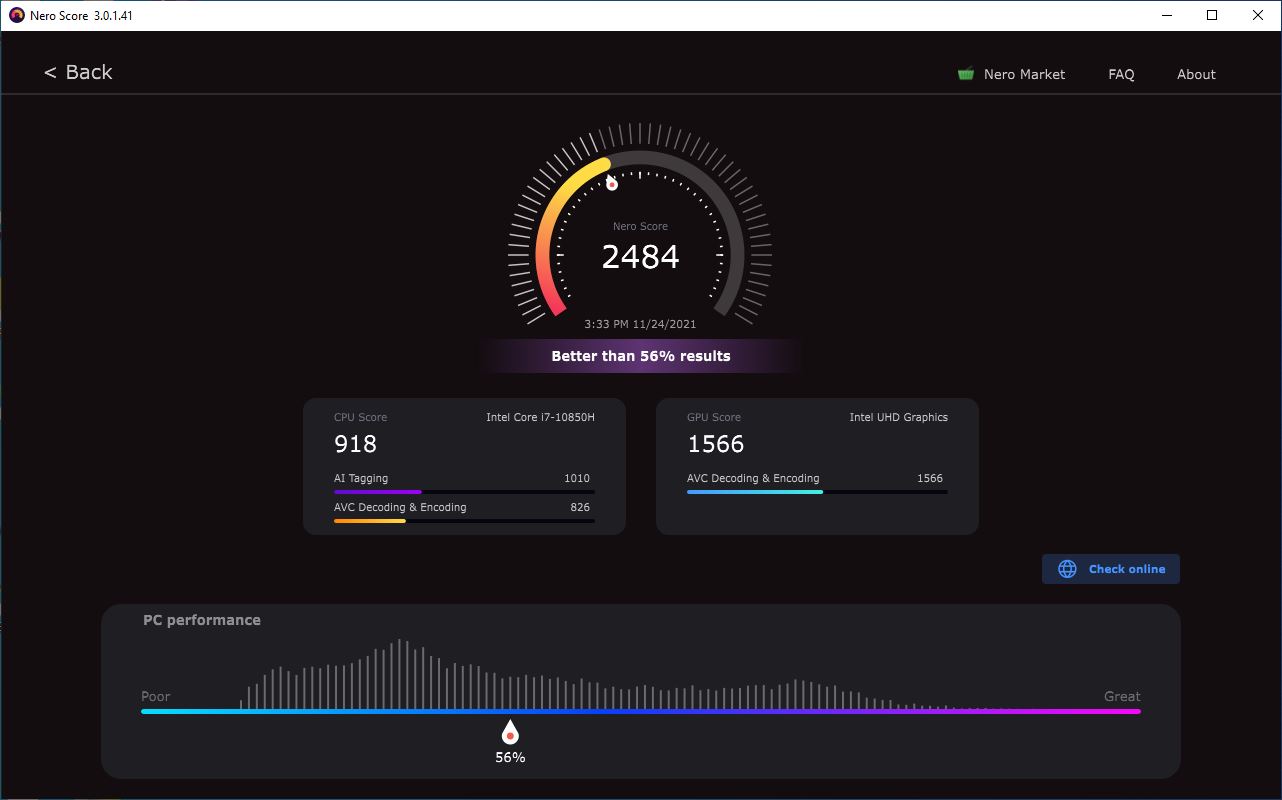 The test produces a benchmark score for AVC decoding and transcoding as a measure of performance. As with the AI Tagging test, higher scores mean better performance. Here are some scores for reference: