In the earlier stages of Web development, users were only able to read or view content on the web. Obviously, somebody had to create or write the content offline before uploading it. But it was not possible back them for users to connect to Web servers, open documents, and then edit them online like the way we do now.

Noticing the potential of the internet for remote collaboration applications like distributed content authoring, where multiple authors could work together on the same document type even while writing from different parts of the globe, an IETF team was formed to create extensions to Hypertext Transfer Protocol (HTTP) that could allow such applications.

What is WebDAV? WebDAV (Web Distributed Authoring and Versioning) is an extension of the Hypertext Transfer Protocol (HTTP) that allows clients to perform remote Web content authoring operations. (https://en.wikipedia.org/wiki/WebDAV)  Since it was an HTTP extension, WebDAV is normally served via port 80 for the HTTP connections and port 443 for the HTTPS connections. Secure Sockets Layer (SSL) is used to encrypt the WebDAV HTTPS connections, which makes them ideal for confidential documents.

And a Web Distributed Server or a WebDAV server that allows remote content editing and reading. It runs on the WebDAV protocol that enables users to change, create or move files on the server. If you are using a WebDAV server for file storage on your local network, you can be able to continue working on your documents before uploading them into the webserver.

Directories are usually stored as property documents in a server database.  The directory will have a URI ending in a forward slash (/) sign.

What is a WebDAV Server Root Directory?

Create a new Backup task, select the Online Storage as the backup target. 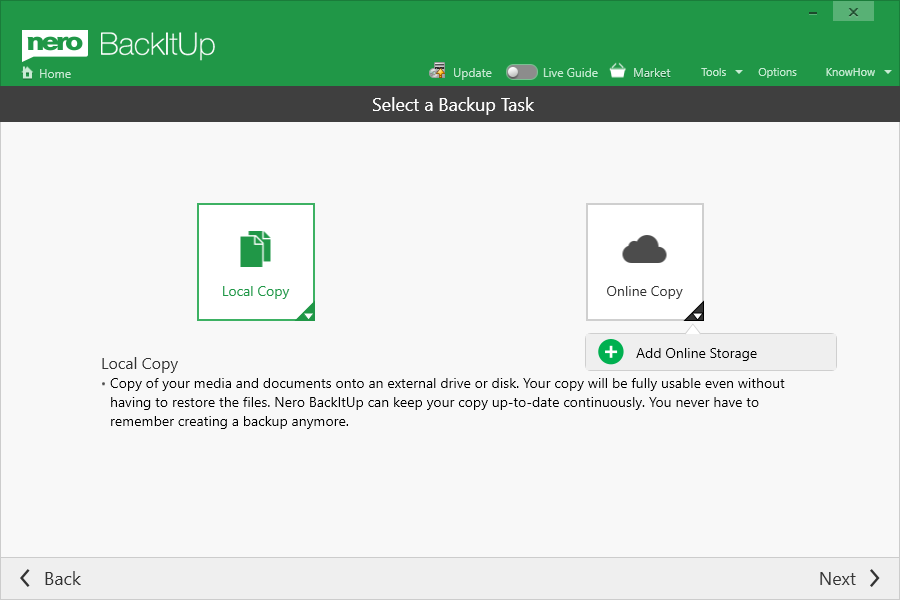 4 new pre-configured WebDAV storage providers are added to the Online Storage list: Meinkonto Cloud, HiDrive, pCloud, and QCloud. Click on any WebDAV storage provider. In the pop-up window, the host name and the Remote directory (means WebDAV Server Root Directory) are disabled to edit. You only need to input the user account and the password. 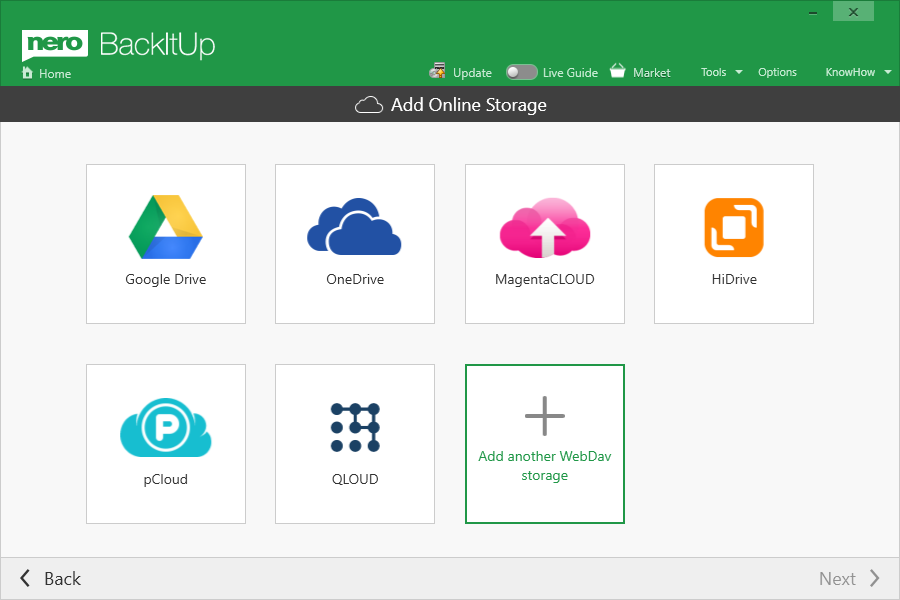 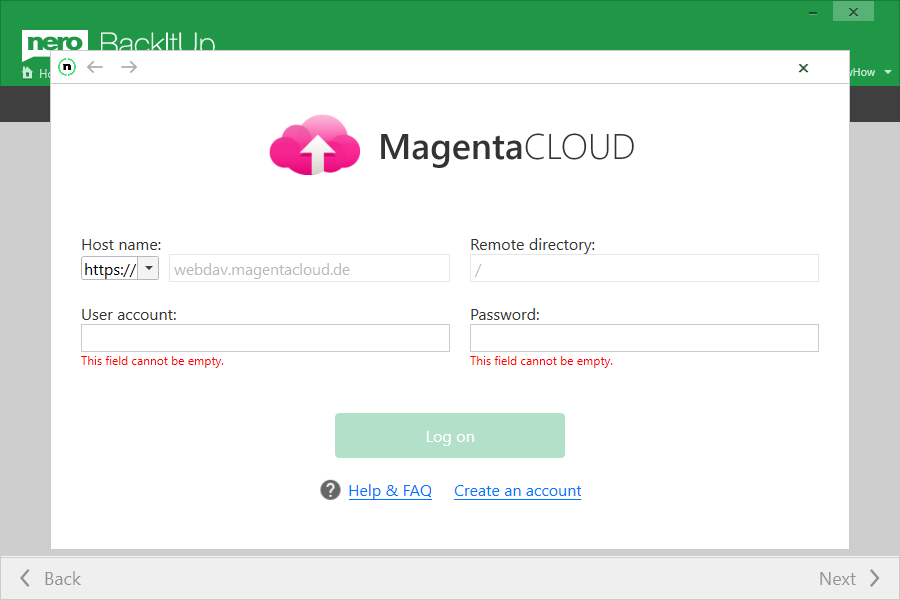 After signing in successfully, Nero BackItUp will guide you back to the previous screen. From there it is the same process as in previous Online Copy Backups: Select the backup source, rename the backup and select the backup schedule type. 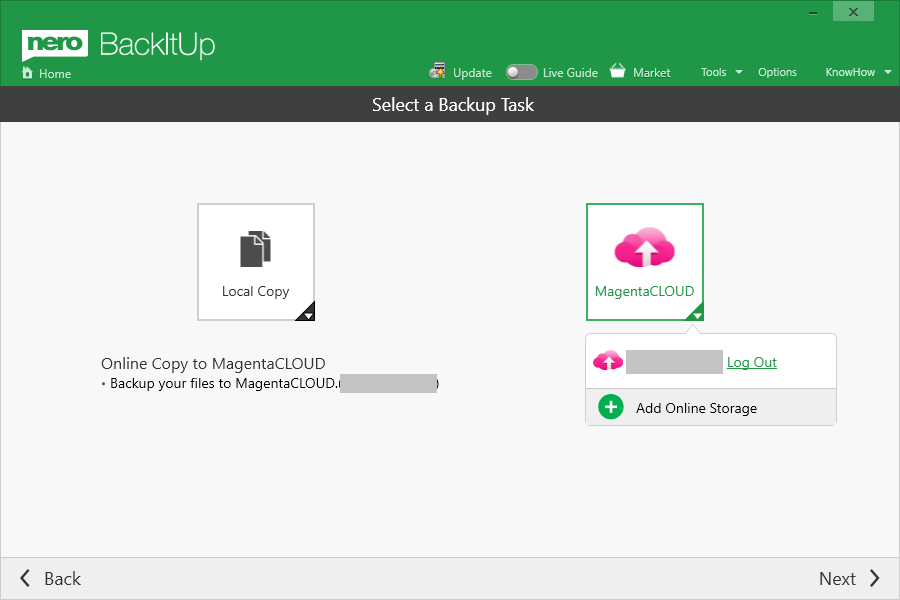 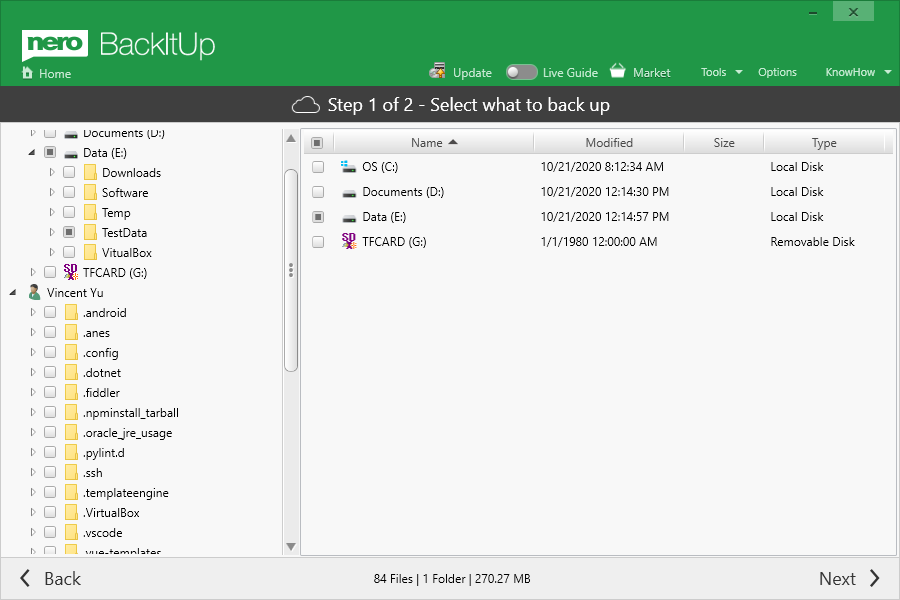 After everything is done, the newly created backup job will appear in the Home screen, and the job will auto start. 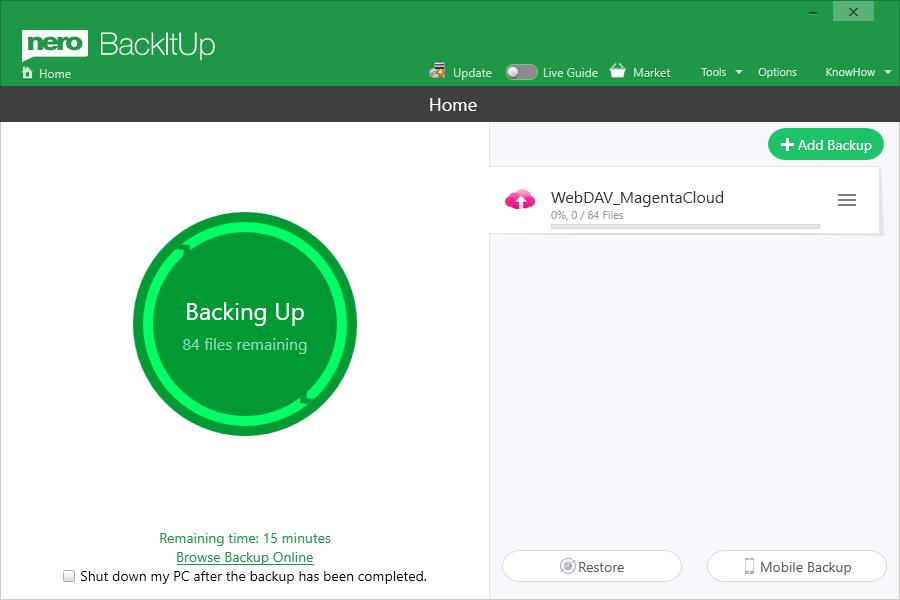 It is also possible to add other WebDAV storage providers which are not pre-configured in Nero BackItUp. 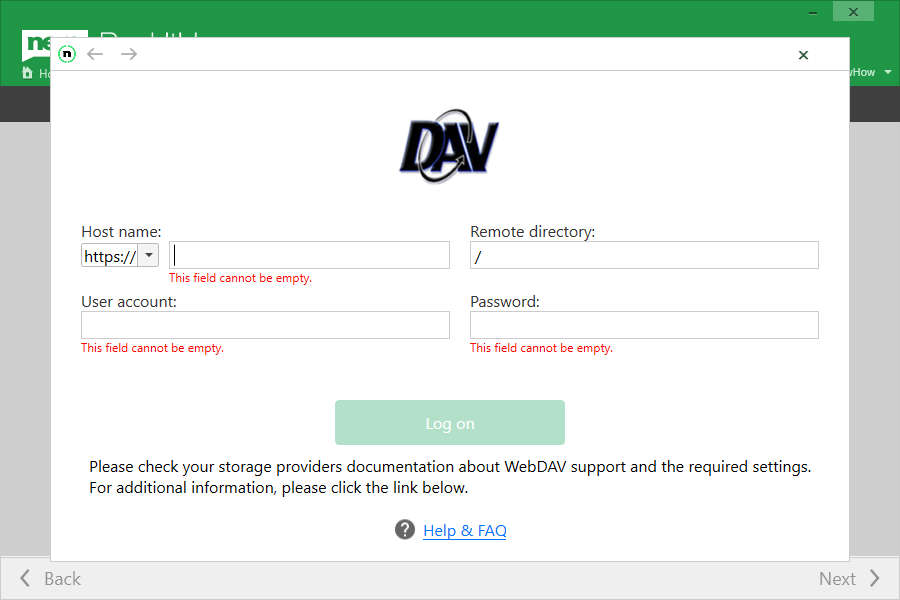 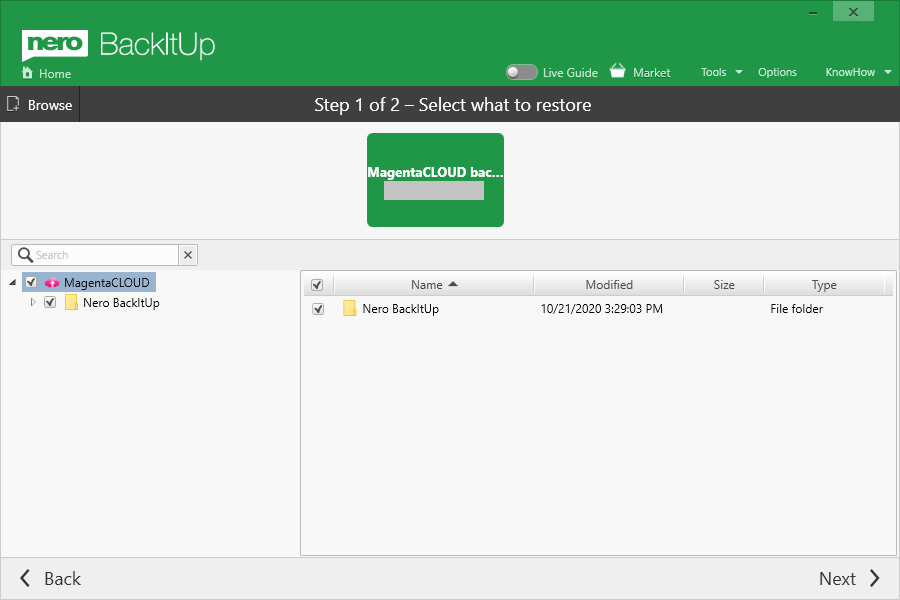