If your system has two graphics cards, do you know how much better your independent graphic card will be than your integrated graphic card when decoding or encoding AVC video files? 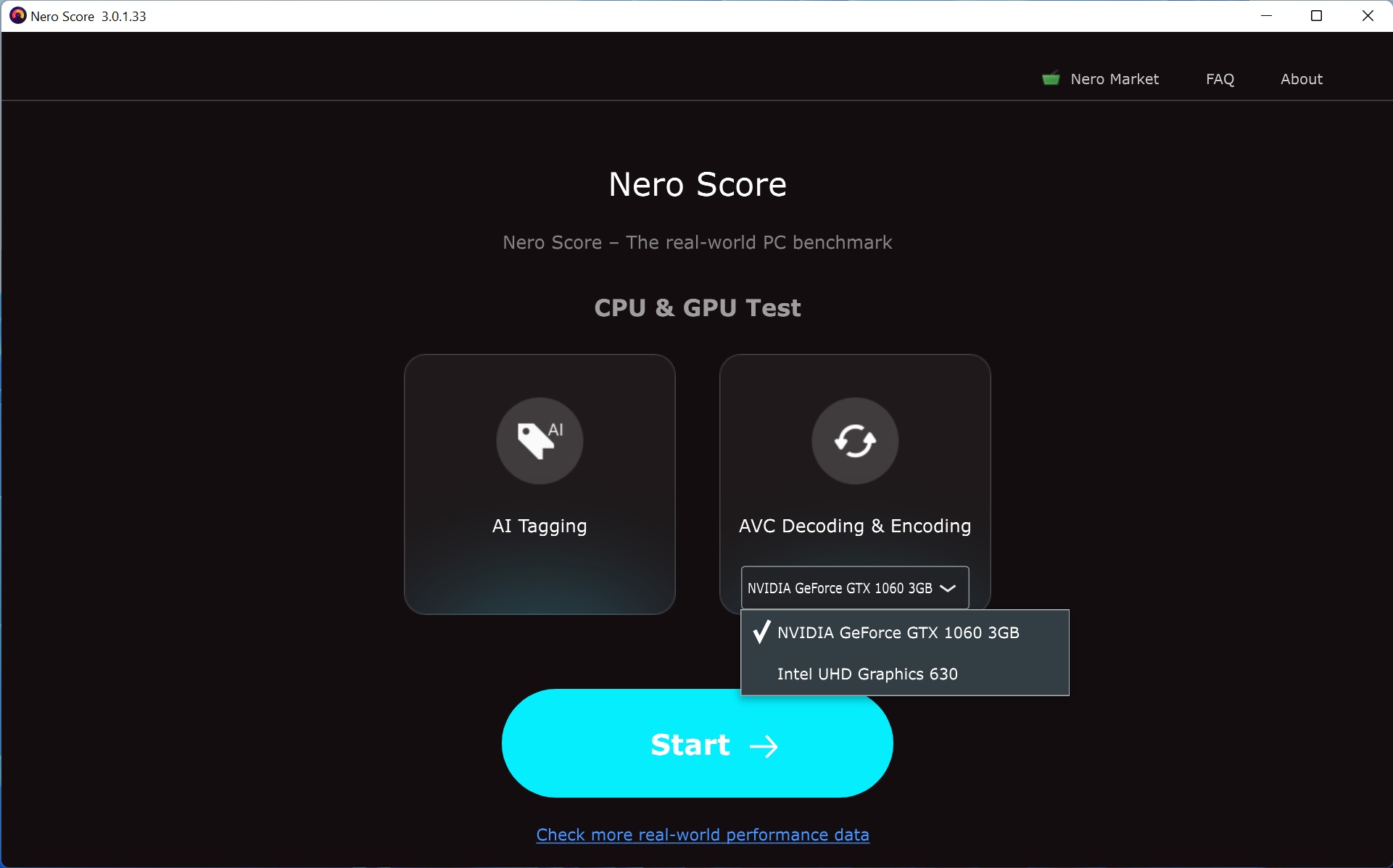 Previously, when Nero Score ran the AVC GPU test, it automatically picked the major graphic card from current system. Now you can choose which graphic card you want to do the AVC Decoding & Encoding test for before you start the test.

Get Nero Score latest version from Nero Start or score.nero.com.